An abiding problem with Marketo tokens is that if you're sending multipart emails for widest compatibility, neither a Rich Text {{my.token}} built with the WYSISWYG editor, nor a Text token with HTML markup, will work in the text part. So you have to create separate, plain-talkin' Text tokens as well.

This shouldn't be shocking, as that's just the literal HTML markup, which a text-based mail reader will neither interpret nor ignore. You probably don't want the text part of your emails to look this ugly, though… you're no longer showing sensitivity to the text folks if your text parts are so cluttered with HTML tags that they're impossible to read!

So the usual way to deal with this is to create a second {{my.token}} whenever the two formats will depart. (For a counterexample, you don't need another token if you're just putting a URL in a Text token, since that undecorated text will work in either part.) 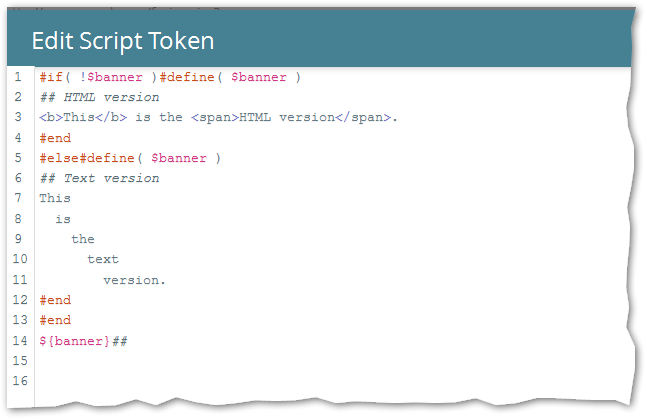